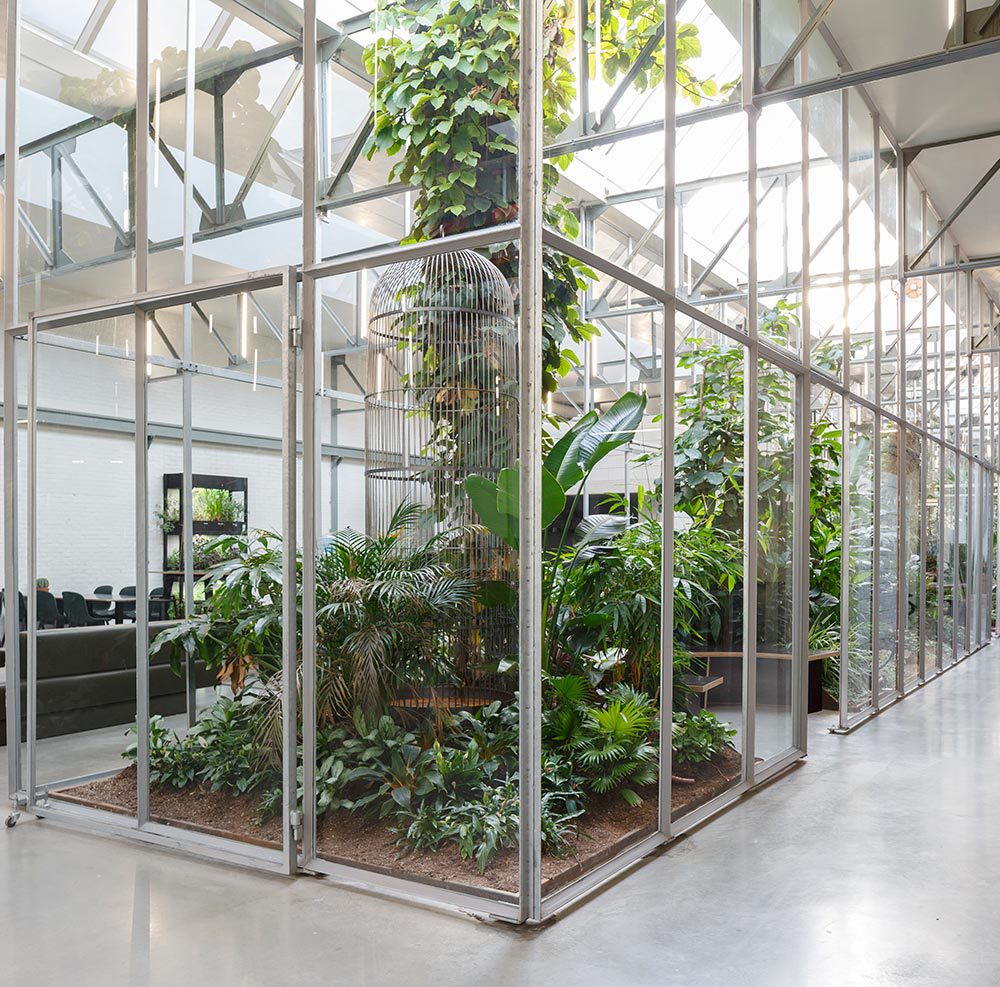 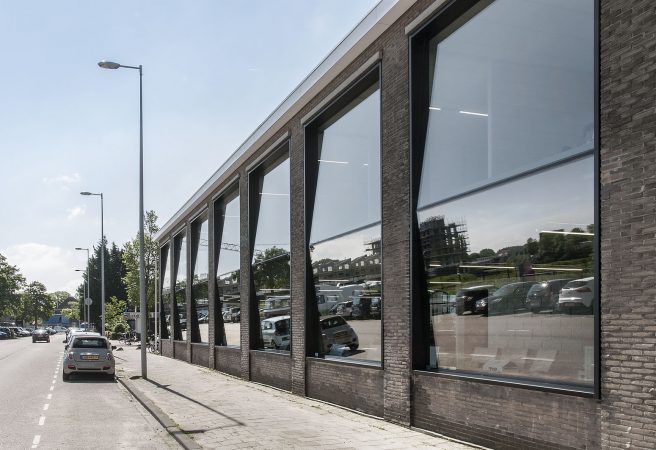 What you see is the translation of the wishes of our employees by the architect, Joolz' mantra is 'positive design' and that’s exactly what our new head office was supposed to convey when we bought this old machine factory a year and a half ago.

Joolz is a fast-growing company that manufactures strollers. The brand’s ambition was to have its own office with a unique appearance. The building on Distelweg, a former machine factory and industrial parts wholesaler, had to offer enough space for the projected growth of the company. The property also required the addition of a place to stay for international customers and employees. This has been realized by means of a café with work spaces.

It is evidently clear where the principal quality and character of the premises lie: its central hall. Unfortunately, the hall was closed off from the street in its original plan. By removing all walls on the ground floor, one large space has been created and the hall has been made visible to passers-by. Large openings were then made in the facade with tilted windows to further increase the transparency on the ground floor.

The most significant activities are three lavish gardens, filled with trees, plants, birds and fish ponds. The gardens are placed under the existing skylights, and serve as a pleasant background for the daily office routine and thus conveying Joolz’s ideology: positive design. They also improve the indoor climate and provide Joolz employees with the opportunity to choose a somewhat more exotic workplace.

NCD was tasked to convert a former machine factory into a vibrant office. NCD has supervised the project from initiative to completion. The choice for Space Encounters as an architect came about through a pitch between four architects. 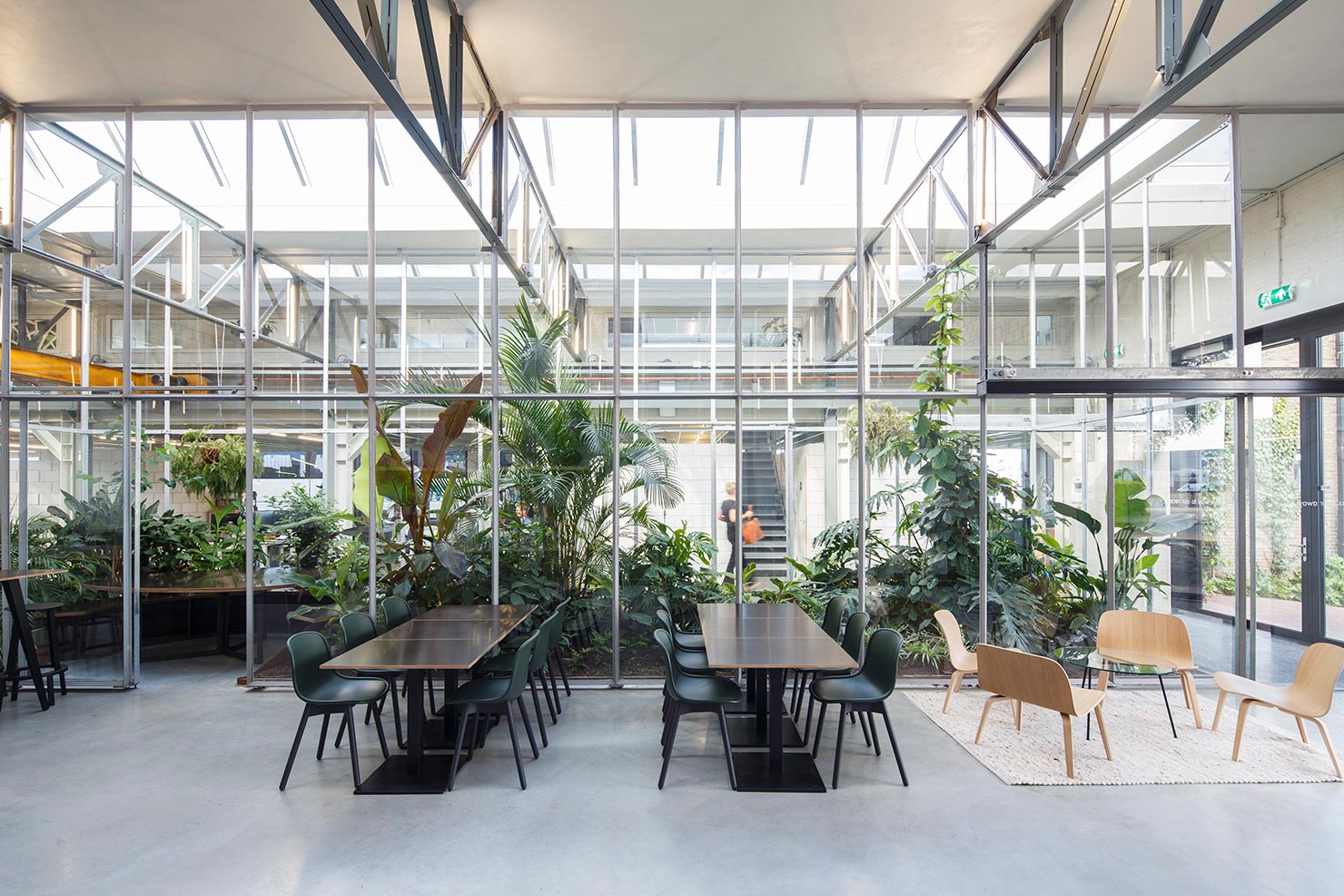