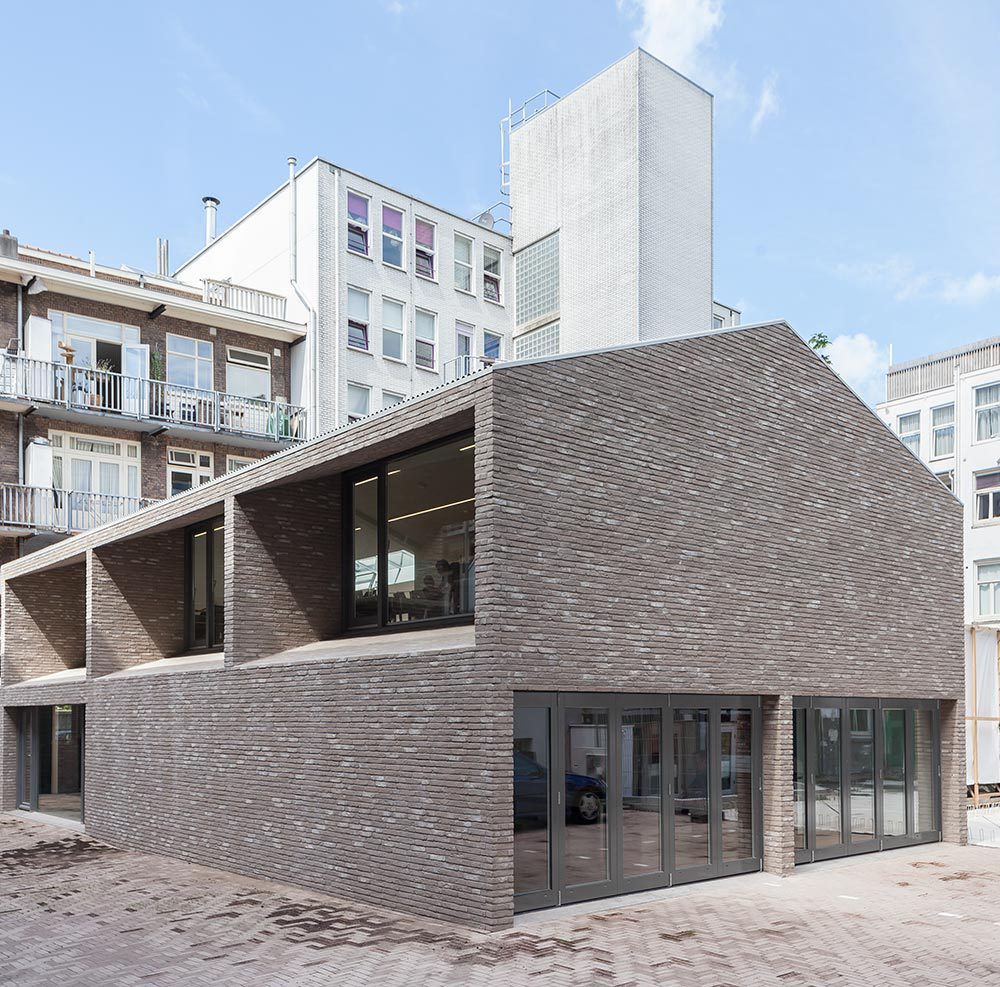 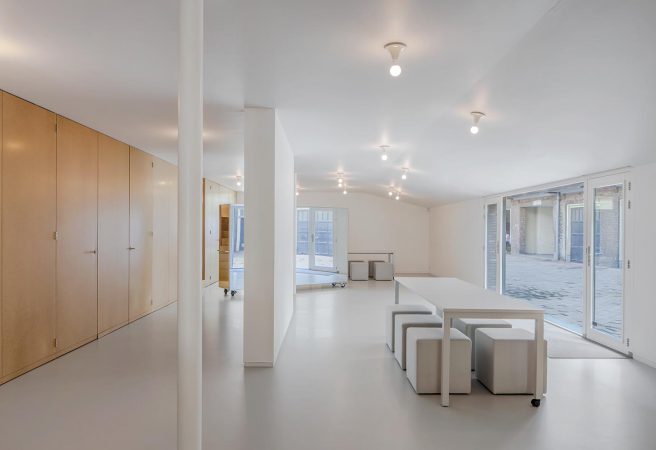 The owner of Amsterdam’s Groenmarktkade 5 approached NCD with the assignment to think about a fitting solution for redeveloping a former car garage into a creative office.

On the edge of the Jordaan, at the courtyard of ​​a residential block, the new GMK5 Office has been realized. The low building cuts right through the ground floor of the existing block and opens up on the street with a wooden facade. A spacious entrance grants access to the office which sits behind the courtyard. Here, the new building positions itself as a solid block, afloat in its own space. The facade of brick slips fortifies this uniformity.

The new office houses a company from the electronic music scene, for which flexible use of space is important. Two moveable walls with integrated LED screens create the possibility for flex meetings. The elements are completely covered with mirrors, making them invisible while defining the office at the same time. It grants the space a contemporary and distinct character.

NCD has aligned the owner’s budget with the wishes of its future inhabitants. Together with the project team, we worked towards a sustainable, beautiful and feasible project. NCD took care of the project management from the initiative up to and including delivery. The project was delivered to the client in mid-2017. 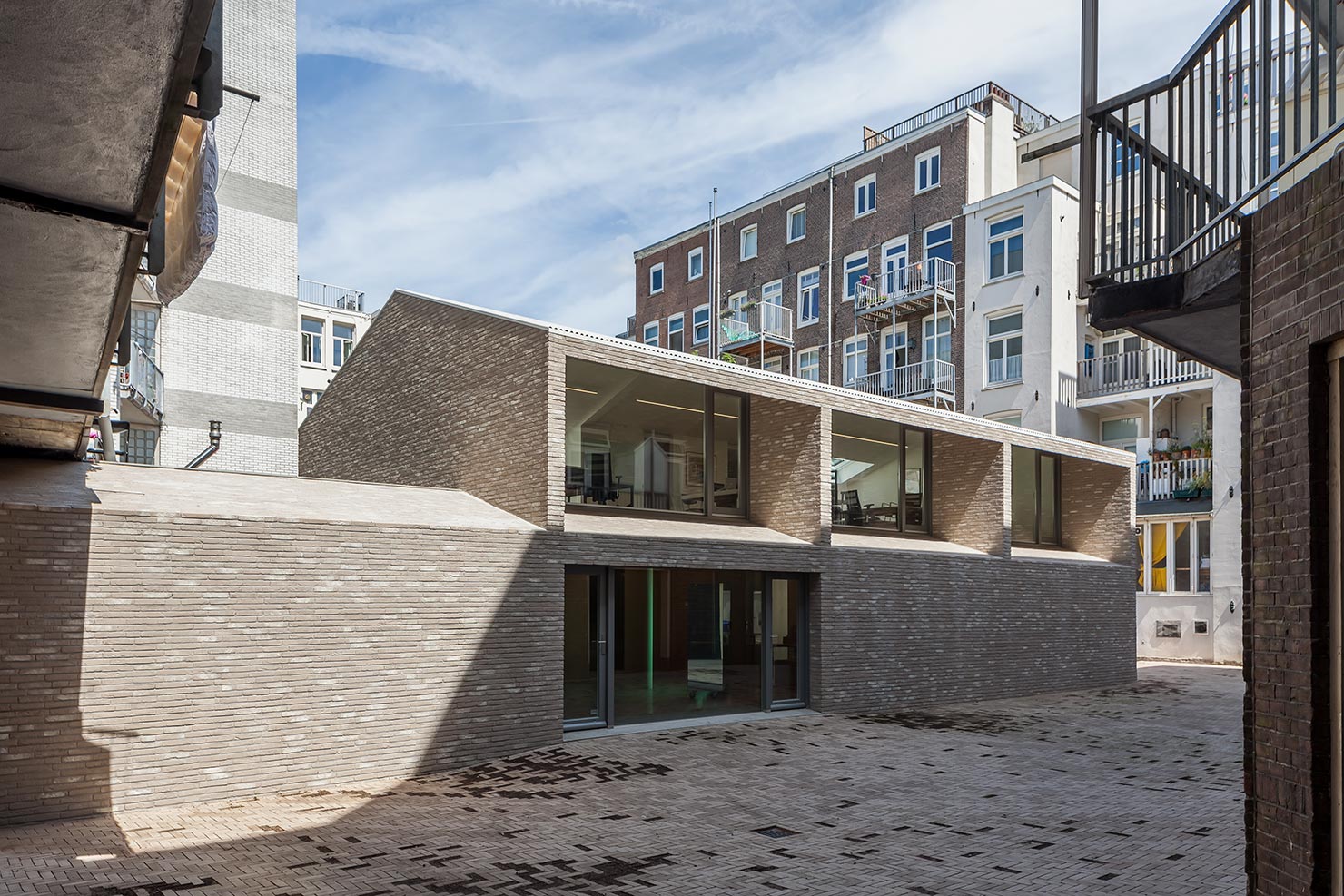